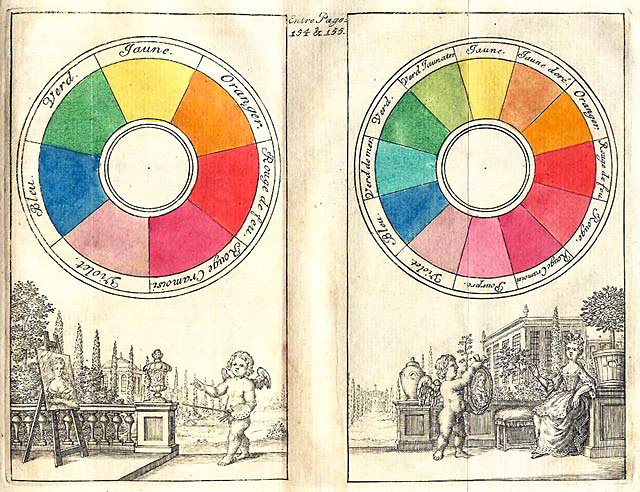 “[An exciting look at] what are believed to be the first colored color wheels produced by Claude Boutet [in 1708]. The one on [the left] appears to follow Newton’s ordering, giving seven colors rather than the even-numbered, symmetric kind offered on the [right side]. You will notice, however, that rather than the two kinds of blue proposed by Newton (indigo and blue), Boutet depicts two kinds of red: “rouge de Feu” (fire red) and “Rouge Cramoisi” (crimson red). “